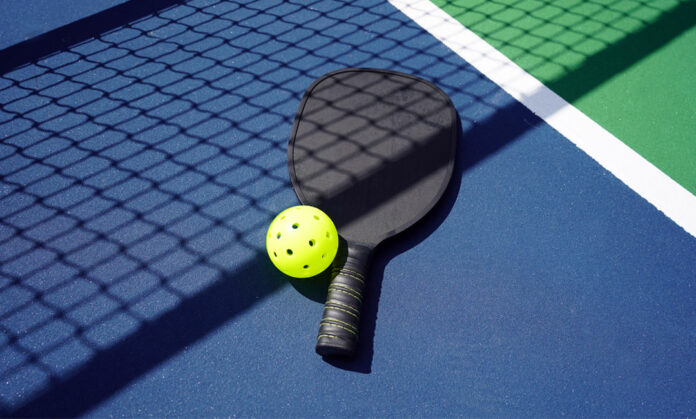 Whether you’ve been seeing new matches popping up in your area or you’ve spotted some interesting racquets at the tennis court, pickleball is enjoying a big moment right now. Curious to learn more about this fast-growing sport? Keep reading to learn all about pickleball, where to play it and the rules of this popular racquet sport.

Pickleball combines tennis, badminton and ping pong. The players use paddles that are larger than ping pong paddles and hit plastic balls with holes in them. Most people play doubles, meaning that you have a partner on your side so that four people can play at once. Overall, it’s a fun social game for people of all skill levels.

Where Do You Play Pickleball?

The History of Pickleball

According to USA Pickleball, pickleball was created in 1965 on Bainbridge Island in Washington by U.S. Congressman Joel Pritchard and William Bell. Pritchard’s property had an old badminton court and after searching for equipment for the two families to play, the duo got creative. They improvised with ping pong paddles and a perforated plastic ball.

At first, they played with the net set at 60 inches (badminton height) and eventually lowered it to 36 inches. The families loved it! The following weekend, their friend Barney McCallum was introduced to the new game. The three men then created the official rules, relying heavily on badminton but still keeping in mind the original purpose of the game: something the whole family could play together.

What Are The Rules Of Pickleball?

Pickleball is a fun, easy game to play, but you’ll want to keep the following rules in mind.

The ball can’t fall out of bounds, hit the net or go under the net.

The white lines on either side of the court dictate where you can hit the ball. Once you hit the ball out of bounds, you lose your serve or give the ball back to the other team. However, pickleball requires the ball to bounce both during the serve and return of serve. So even if you hit the ball “out” on your serve, you can still get to net when you’re returning — that’s where most points are won.

In addition to hitting the ball out of bounds, hitting it into or under the net is also bad. These three mistakes are called ‘faults’. Faults give the ball to the other team. Remember: you can only score when you’re serving. If you win the point as the return of the serve, you get the ball and the chance to score for yourself. In other words, the fewer faults you cause, the better your chances of winning.

In pickleball, the ball must be held underhand and below the waistline. The server will keep one foot behind the baseline and hit the ball diagonally to the opposite side. If you’re playing singles, you can’t hit it directly across. If you make an incorrect serve or commit a fault, the next serve goes to your teammate (if playing doubles) or the opponent (in singles).

There needs to be one bounce per side.

If you’re serving or hitting it back, make sure that it only bounces once on your side. Your serve is over if the ball bounces twice.

In addition, the return of serve must be allowed to bounce. So, if you served, and your opponent blasts a deep return your way, let the ball bounce before playing it. This rule applies to both singles and doubles.

During the serve, the ball can’t touch the No-Volley Zone.

There’s a no-volley zone for each team. It’s located inside of the lined box that sits 7 feet off from the net. It’s also commonly known as the “kitchen line”. You cannot enter this section of the court unless the ball bounces inside this quadrant after the serve. If the ball touches the No-Volley Zone on the serve, you lose the serve. After the serve, you’re free to drop the ball into this area, though. It’s called a “drop-shot,” a signature shot in pickleball.

Traditionally, the game ends at 11 points. However, the winning team needs to win by at least two points. So if you’re at 11 points and the other team has 10 points, you have to keep playing. Many solo pickleball games go to 11 or 15, while doubles go to 15 or 21.

What Do You Need To Get Started?

You don’t need a ton of gear or special clothing to play pickleball, but you do need a specific ball and racquet.

A pickleball is similar to a whiffle ball but it is more durable. A lot of players prefer to play outdoors with a harder plastic ball, while indoor players often go with a larger-holed option. It’s just a matter of preference! (The color also isn’t important, but you may want to check with your fellow players to ensure you’re bringing their preference.)

Pickleball is a great workout option for people of all ages and skill levels. Once you’ve brushed up on the rules and found your perfect racquet, it’s time to find your fellow players! Head to Places2Play to find a pickleball location near you and have fun!

Searching for a way to unwind after a pickleball match? Check out our favorite meditation videos on YouTube!

The post Everything You Need To Know About Pickleball appeared first on FitMinutes. 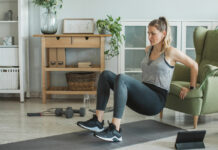 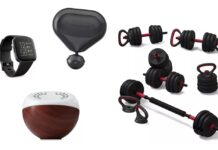 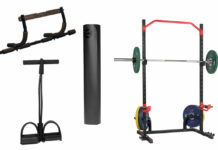 Why You Need To Shop lululemon ‘We Made Too Much’ ASAP 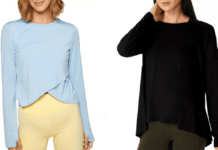 Long-Sleeved Workout Tees To Wear In The A.M. 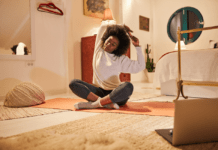 Relax With These Bedtime Stretches

Supercool Sneakers to Level Up Your Style